Trader Joe’s was first conceptualized in 1958 by the creator, Joe Coulombe. He ran a few stores that he turned into convenient stores–before convenient stores were a thing. During his 10 years of running those stores, Joe noticed that there was an opportunity to offer customers something else.

In 1967, Joe opened the first Trader Joe’s. They offered a little of everything at fantastic prices. Yet it was in 1972 that the real game-changer for Trader Joe’s was introduced. They made and sold their first granola. Realizing that if they made certain private products themselves, they could offer great savings for their customers.

As for their beef jerky, this delicious product continues to expand on Trader Joe’s goals and values. Delicious and high-quality products at affordable prices for their customers. If you want to try some mouth-watering beef jerky from Trader Joe’s, then here are a few reasons to do so.

One of the biggest reasons to procure your beef jery from Trader Joe’s is that it often comes at an affordable price. Many other businesses and stores sell their jerky at a price far higher than it should be. That isn’t the case at Trader Joe’s.

Because they make their own jerky, they’re able to keep the cost of manufacturing it limited. That means you have to pay less, too. So, you can buy more beef jerky at a lower cost.

Beef jerky can sometimes be questionable when it comes to its quality. What kind of meat is being used in its production? What sort of processes are involved? Does it contain a lot of preservatives or additives?

With Trader Joe’s focus on affordable manufacturing and whole ingredients, you can be sure that the beef jerky you receive from them is healthy and delicious.

Does the idea of eating beef jerky that came from a cow that was fed lots of chemicals appeal to you? Probably not. That’s why you might benefit from procuring Trader Joe’s organic beef jerky.

This is a brand of beef jerky that was made with organic beef. What does that mean? It means that the cows that were used to make the jerky were fed organic grass and other feed and didn’t have chemicals injected into them throughout their life.

Because you are what you eat–and what that thing ate–you don’t want to be ingesting beef jerky that has a lot of pesticides and other harsh chemicals in it. Organic beef jerky from Trader Joe’s is a healthier option for those who are mindful of what they put in their bodies.

One last reason to receive your beef jerky from Trader Joe’s is the flavor options. They have a ton of different options from which to choose. You can always stick with their original recipe which delivers on the meaty, beefy, mouth-watering flavor that you would expect from beef jerky.

Or you could experiment with some of the other flavors that they offer. One of those flavors is teriyaki. This pouch features the infamous soy sauce and Asian spices that you would expect from a traditional teriyaki meal. 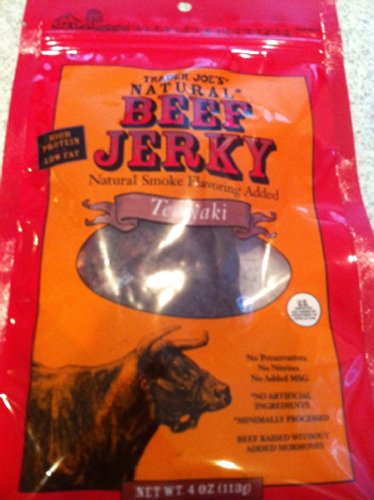 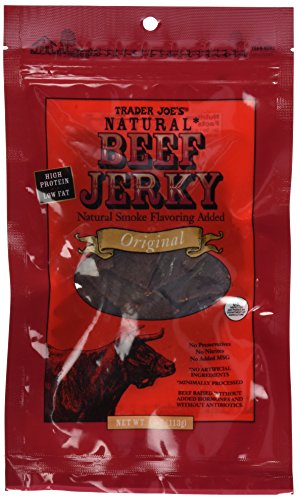 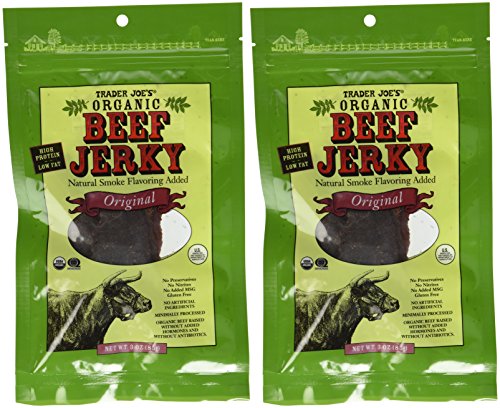 "You might be a redneck if you think that beef jerky and moon pies are two of the major food groups."
-- Jeff Foxworthy