You’ve heard of beef jerky, turkey jerky, venison jerky, and even tuna jerky. But if you think you’re an expert in the world of jerky, wait until you see these 10 most exotic jerky types!

Cultures around the world have made jerky from their native animals for centuries. And thanks to the internet and speedy international trade, you can try them from the comfort of your own home.

So take a look at these unique and exotic jerky types — and if you’re feeling adventurous, give them a taste!

Australia’s signature animal is also the source of its signature jerky — and other countries are catching on!

Kangaroo meat is extremely lean and has a unique gamey taste. It’s relatively cheap and abundant in Australia, but it’s as exotic as it gets to the rest of the world.

Many jerky lovers consider kangaroo jerky to be one of the best jerky types in the world. It’s considerably more tender and sweet than ordinary beef jerky. 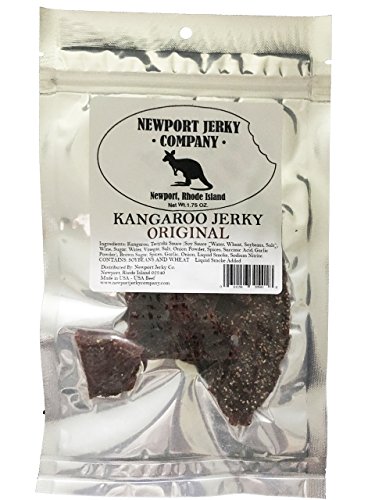 Considered the highest-quality red meat on Earth, ostrich is a delicacy few have experienced. But with the advent of ostrich jerky, snackers around the world have been introduced to its wonders.

Extremely high in protein, packed with iron, and very lean, ostrich meat has a beef-like texture and a richer flavor than other bird meat. It’s a great introduction to exotic jerky and is often well-tolerated by those with red meat sensitivities. 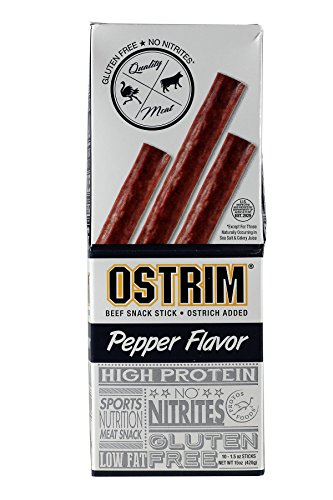 When you think of alligators, you probably think of giant man-eating reptiles… not exactly appetizing! But set aside your prejudices and try some alligator jerky — you’ll be pleasantly surprised.

Alligator jerky is one of the lowest-calorie jerkies on the market, but it’s still loaded with protein, just like classic beef jerky.

And though alligators seem tough on the outside, their meat is incredibly tender. What’s more, it tastes divine — not what you’d expect from a creature that spends its life in a swamp! 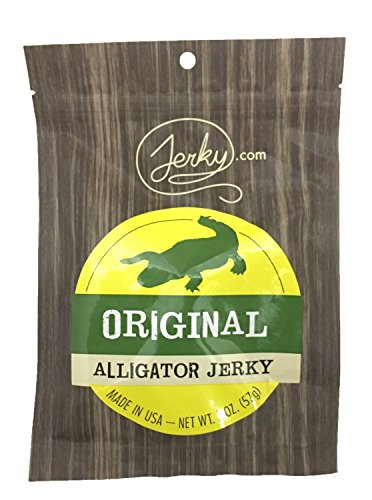 These llama-like animals from the Andes have been a staple food in their native range for centuries. And that appeal is starting to spread to other countries.

Alpaca jerky is popular among health enthusiasts for its low cholesterol and fat content. In fact, it’s been called the lowest cholesterol meat in the world!

It’s typically lower in sodium than other jerky varieties, too. But don’t let all these health benefits fool you — alpaca jerky is undeniably delicious, with a hint of sweetness and no fatty aftertaste.

These humpbacked animals are making their way from the deserts of the Middle East to our snack stashes. And boy, are they good!

Camel meat is considered a delicacy, and camel jerky is no different. It tastes like a combination of wild boar and bison jerky, with a slightly moist texture and a delightful tenderness.

And since camel jerky isn’t as gamey as other exotic jerkies, it should appeal to those who are afraid to stray from their tried-and-true beef jerky. 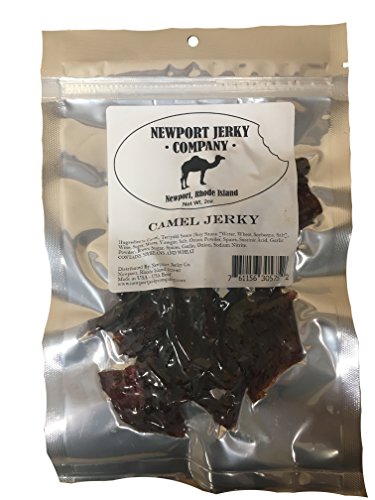 Afraid of snakes? We don’t blame you, but trust us — they’re a lot less scary (and a lot more delicious) in the jerky form!

Most commonly made from pythons or rattlesnakes, snake jerky is a jerky unlike any other. It typically comes in a can of seasoned broth and can be eaten as-is or over a bed of rice or pasta.

Some say that snake jerky tastes like chicken, while others place its flavor in between beef and fish. Give it a try and see which side you’re on!

Sharks don’t get enough credit. They’re not ruthless man-eaters like the media would have you believe, and they make a pretty tasty jerky to boot!

Typically made from hammerhead or mako sharks, shark jerky has a texture that’s similar to a well-done beef steak. Flavor-wise, it’s saltier and fishier than beef but not as fishy as other aquatic jerkies. 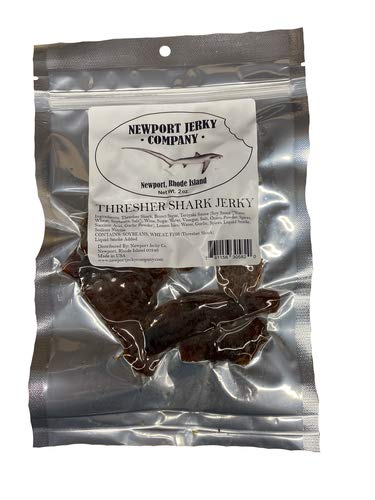 Its hard shell may be inedible, but the snapping turtle’s meat makes for surprisingly good jerky! This unlikely protein source is also high in calcium, setting it apart from other types of jerky.

Snapping turtle jerky is chewy but moist, with a slight gamey bite. It doesn’t melt in the mouth as beef jerky does, so it’s a different eating experience, but it’s a must-try for fans of unique jerky.

Wild boar may be related to pigs, but their meat is in a category of its own. It’s sweeter than regular pork and slightly nutty, with more complex flavors than you usually find in wild game meat.

And wild boar jerky lets you enjoy those flavors in a convenient snack format. Moreover, it’s extremely high in protein, and the added smokiness makes its taste reminiscent of BBQ pork.

The mountains of Tibet are home to the humble yak, which the region’s human inhabitants have long relied on for food and income. Luckily, jerky lovers worldwide can now enjoy the one-of-a-kind taste and texture of Tibetan yak jerky.

Yak jerky has a delicate beefy flavor and a tender yet substantial texture. But the biggest draw is its leanness: yak meat is one of the leanest meats in the world, even leaner than skinless chicken breast!

If you would like to cook something unusual, we have many exotic recipes for you: 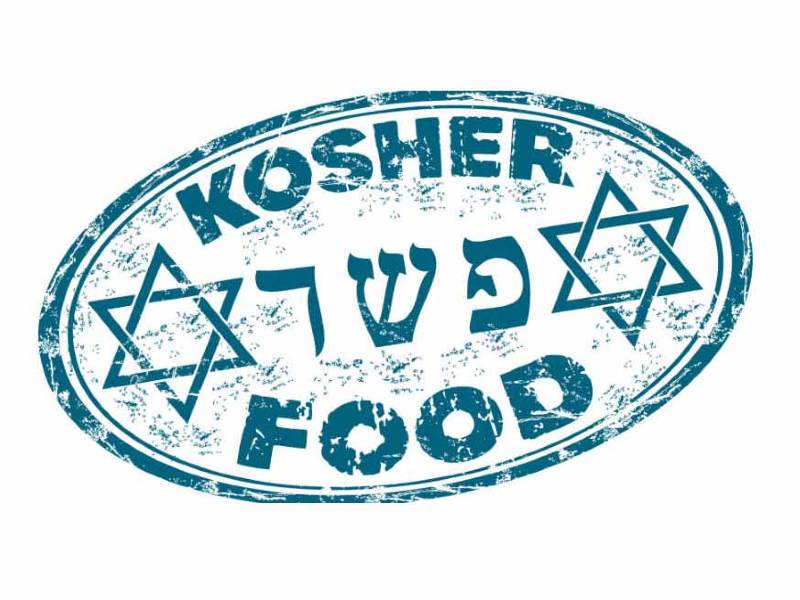 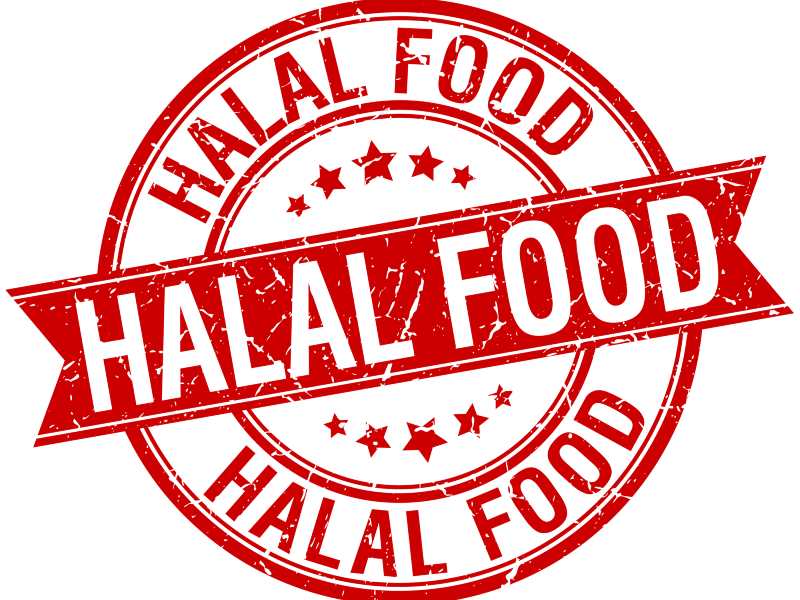 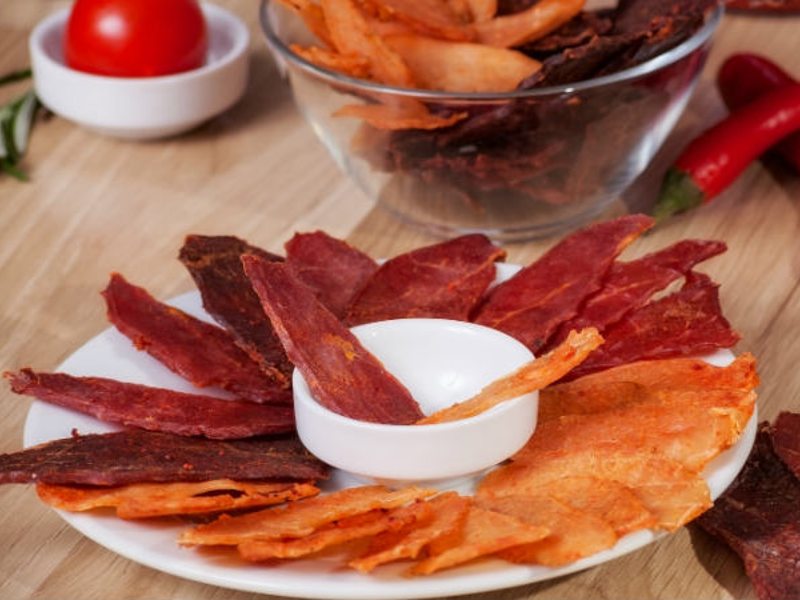 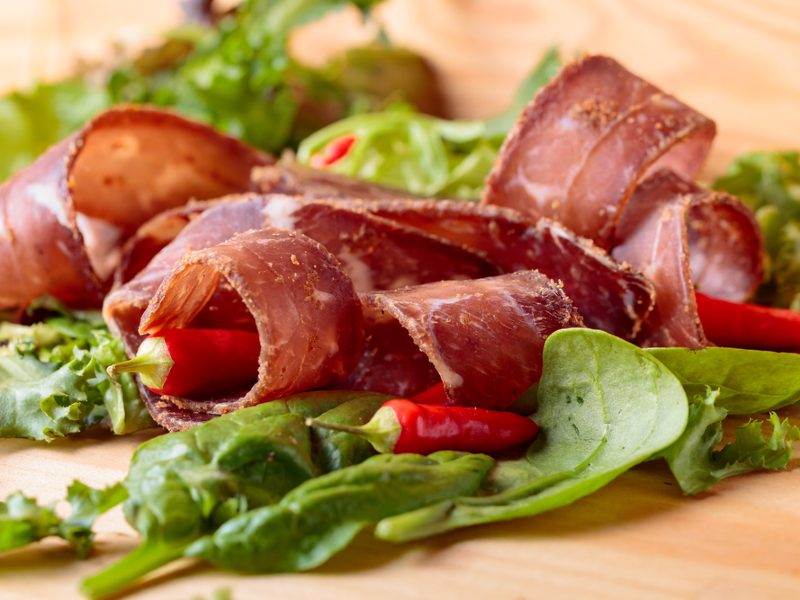