Beef jerky is a satisfying and healthy low-carb snack, providing a hefty dose of protein per single-ounce serving. For these reasons, it’s gained quite the following amongst hard-core athletes and distance runners, who are always on the lookout for an easily transportable refueling option that provides them with all the nutrients they need for muscle-building, sodium replenishment, and more.

However, unless you’ve ever attempted to make your own beef jerky, you may have never considered which parts of the cow present the best cuts of beef for turning out this popular snack-pantry staple. That’s where this article comes in. We’re here to tell you everything you need to know about the different beef cuts, in which sections of the cow they can be found, and why some make better choices for beef jerky than others.

When you bite into a strip of high-quality beef jerky, you can tell right away. The texture is appealingly chewy without being too tough, there are only trace amounts of fat (if any at all), and the flavor hits your taste buds in all the right spots. Conversely, you’re likely to notice if the beef is of poor quality—for example if the meat isn’t tender or flavorful enough to entice you into taking a second bite.

Properly seasoned beef jerky must contain plenty of salt or sodium-laden products such as soy sauce. Salt is a hygroscopic substance, meaning that it has the innate ability to draw excess moisture out of the meat, thereby speeding up the drying process. It goes without saying that this also makes the strips of beef more flavorful, and helps distance runners to replenish their depleted sodium levels.

Since fat is incapable of drying out as thoroughly as flesh, it’s advisable to use the leanest cuts of beef possible when making beef jerky. Too much fat can contribute an unappealingly stringy texture to your finished product. Since it doesn’t fully dehydrate, it’s also more prone to spoilage, meaning the jerky won’t last as long at room temperature. 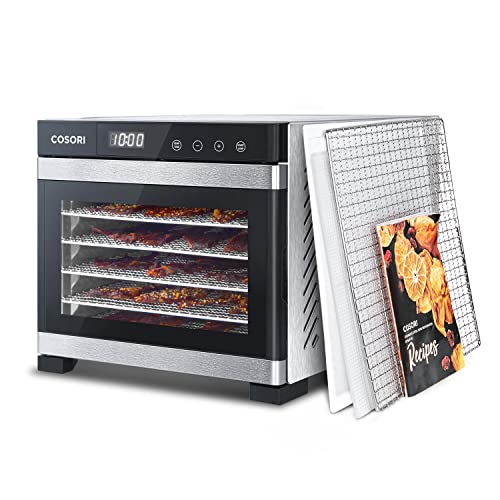 Breaking Down the Cow

In order to understand what makes certain cuts of meat more suited for the task of jerky-making than others, it’s best to first take a look at the parts of the steer that are generally used for roasts, steaks, and ground meat products. At the top of each section, we’ll rank the section on a scale of 1 (if the portion is unsuitable for beef jerky) to 5 (for the cuts that are likely to make the best jerky). Note that these names are used primarily in the United States and Canada—other areas of the world may use other names, or even butcher the meat differently.

The chuck portion is located around the top shoulder of the animal, and the meat is used primarily for either bone-in or boneless steaks and roasts. One cut, the shoulder petite steak or “teres major,” is so popular on restaurant menus that it’s earned the nickname “bistro steak.” Sometimes the trimmings (the small pieces that are cut away) are often ground into meat for a hamburger, at which time it’s labeled as “ground chuck.”

While chuck steaks and roasts are suitable for making jerky, it can be time-consuming to trim all of the excess fat from the meat beforehand. Additionally, the high-fat content means that the jerky won’t stay fresh for as long. That’s why we’ve given it a mediocre ranking on the suitability scale.

Beef brisket is a well-marbled cut that’s often used for barbecue, pastrami, and corned beef. Its coarse grain makes it ideal for long cooking at low temperatures, both of which can be used to describe the jerky-making process. Before butchering, the brisket is located just under the chuck, below the animal’s shoulder section.

Like the chuck section, the brisket contains excess fat and is therefore more prone to spoilage than some of the higher-ranked cuts. The jerky will taste fine, but it requires a high level of prep time for a product that’s ultimately more perishable.

The rib section contains two of the most prized cuts of meat for steak lovers—the prime rib and the rib eye. Beef short ribs, which are both meaty and flavorful when prepared correctly, are also sometimes taken from this section (located just behind the chuck, toward the rear of the cow).

Because the meat from the rib is both fine-grained and fatty, it’s really not a suitable choice for beef jerky. While the marbling lends a ton of flavor to the rib eye steak and other cuts, it doesn’t translate as well when you’re trying to prepare thin strips for the dehydrator. The fine texture doesn’t hold up well to the drying process, either, which can make for a crumbly product.

This portion—found on the underbelly of the cow—is also used for beef short ribs, as well as pot roasts. Skirt steaks, the cut of choice for fajitas, can be found here as well. The trimmings are typically ground into hamburgers.

While the chewy texture of skirt steak can make for an appealing jerky, meat from the plate section is generally too tough and fatty for the dehydrator. It can be used in a pinch, but if you have other options, you should consider one of those instead.

In another center section, this one located just behind the rib, the short loin is used for porterhouse and T-bone steaks (it’s intersected by the tenderloin; see description below). The meat is very tender, and while there’s some marbling (streaks of fat in the meat), it’s typically easy to work around. This makes it a fine choice for beef jerky if you can afford a slightly higher price tag.

This steak is quite popular for grilling, as the coarse texture gives way to a tender bite when the steak is thinly sliced against the grain. The flank is located toward the animal’s rear legs, beneath the loin sections.

Flank steak has a bold, meaty flavor all its own, but holds up exceptionally well to marinades, which makes it a great choice for jerky. As with cuts from the short loin, the only drawback is the cost, which can be prohibitive if you’re making a large batch.

These sirloin and top sirloin portions—intersected by the tenderloin—can be found along the top rear area of the cow. The bottom sirloin rests beneath the top sirloin, just above the flank. Steaks from this segment are both popular and easy to find, and roasts made from this section are both tender and flavorful—a winning combination.

While there is an outer layer of fat on sirloin steaks, it can be trimmed away easily, and the rest of the meat contains very little marbling. It loses a point on the suitability ranking only because it’s pricier than cuts from the round. Otherwise, it’s a great choice.

As the name suggests, tenderloin provides the most tender cuts of all, including filet mignon, chateaubriand, and tournedos. It’s a long, narrow segment that segments the sirloin and top sirloin sections, with its thicker section pointing toward the rear of the cow.

This cut is very lean and will result in some of the most tender jerky you’ll ever sample—excessively tender, in our opinion. The meat doesn’t take marinades well, and even when it’s dried, its texture is too soft to turn out a satisfying product. Another strike against it is the cost, which is far too high to recommend the tenderloin for jerky production.

The round is located in the rear of the cow, also known as the “rump” section. The meat is lean, with an easily detectable grain that can be sliced accordingly—with the grain for a chewier texture if you prefer a more tender bite.

Eye of the round is an excellent choice for beef jerky. Not only is it well-suited to marinades, it’s also very reasonably priced, which is one of the most important considerations since the meat loses a good deal of its weight during the dehydration process. Accordingly, eye of the round is the cut from which most commercially prepared jerky is made.

Shanks are the upper portions of the leg, found just below the brisket and round sections. Meat from the shank is traditionally used for stews and other braises, as it’s too tough to be prepared any other way. For this reason, it’s best to steer clear of this section if you’re hoping to make jerky that takes less than a day to chew through. 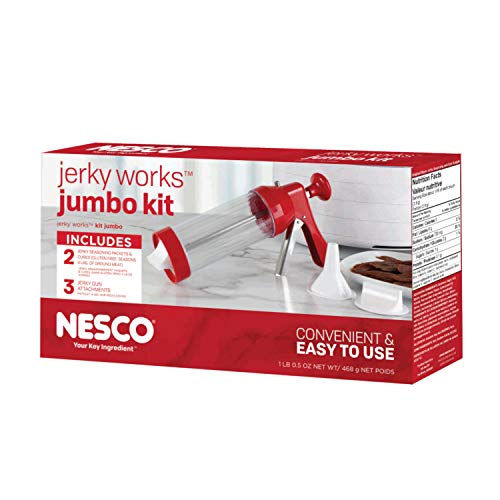 I hope you’ve enjoyed the article, but if you’re more of a visual person, the below video will be helpful.

2 thoughts on “What Are the Best Cuts of Beef for Jerky?”