I don’t think I’ve ever met a person who didn’t like beef jerky. After all, what’s not to like? You get the protein and the taste of beef in a portable form that requires no refrigeration.

Beef jerky is a little bit of a novelty food in today’s world, but it was actually very important to ancient peoples who did not have access to refrigerators and needed a quick way to preserve large amounts of meat. In most cases, drying turned out to be the easiest option.

Like any product, beef jerky is sometimes defective. Sometimes, a store will make the mistake of keeping their stock a little bit too long.

Yes, even dehydrated food will go bad eventually. This article will attempt to educate you about the little-discussed topic of beef jerky spoilage. 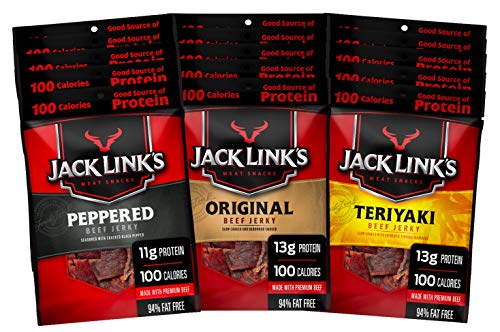 Jack Link's Beef Jerky Variety Pack - Includes Original,...
−7%
Check Price on Amazon
Table of Contents show
How Can You Tell When Beef Jerky Goes Bad?
What Will Happen If I Eat Spoiled Jerky?
How Long Will Beef Jerky Last Before It Goes Bad?
Is There a Way to Extend the Life of Your Beef Jerky?
Droplets in the Bag Are Bad News
Conclusion

How Can You Tell When Beef Jerky Goes Bad?

In most cases, it will be pretty easy to tell if you have opened up a bag of rotten meat. Even without the moisture factor, rotten meat is still rotten meat, and it will still smell awful. It’s a good idea to take a good long sniff of any beef jerky that you buy before you eat. Your nose will usually let you know what’s going on.

Visual cues can be a good way to recognize rotten beef jerky, but this is not the best sign as beef jerky will not appear rotten until it grows mold. Thus, you cannot always tell by looking if a bag of jerky is still good or not. Jerky that is at or near its expiration date will usually be darker in color, and harder than normal.

What Will Happen If I Eat Spoiled Jerky?

If you eat spoiled beef jerky, you likely already know that you will probably become ill. Bad meat is one of the worst things you can eat, as it can harbor a large number of harmful organisms.

The signs and symptoms of this type of food poisoning include:

Two of the nasty bugs that can be carried in bad beef are E.Coli and Salmonella. Both of these can be deadly in extreme cases, though both are usually survivable. Still, food poisoning is a terrible experience that no one would desire. More than once, large amounts of beef have been recalled due to the presence of Salmonella. In the example linked above, you can see how one tainted batch of beef can make hundreds of people sick.

One example of this comes from a food poisoning epidemic in 1995. A beef jerky plant in New Mexico produced a bad batch that was tainted with Salmonella bacteria. Two people became violently ill, and this was considered to be so concerning that the government saw fit to warn all consumers in New Mexico about the problem. Thankfully, this outbreak was associated with only one brand, and a recall was initiated before a huge number of people became ill.

E. Coli is not much better than its’ older cousin Sal. This type of bacteria lives in the intestines of many living creatures including humans. In most cases, these bacteria do not cause horribly problematic infections, but there are certain strains that are extremely dangerous. Beef can be a carrier of E. Coli, but research suggests that it is not particularly likely to be found in beef unless that beef was prepared under unsanitary conditions. When produced under proper sanitary conditions, this study found that only 0.33% of cattle (2 out of 600) had E.Coli in their meat upon harvesting.

The good news is that none of this is likely to happen. As soon as you take a bite of some spoiled jerky, you will likely immediately spit it out because it will taste terrible. Just remember: even a dog can tell good meat from bad, so it isn’t that hard. Besides that, there is research on top of research to prove that beef jerky is safe as long as it is made properly.

How Long Will Beef Jerky Last Before It Goes Bad?

According to guidelines issued by the USDA, commercially packaged beef jerky can be stored for 1-2 years before it becomes unsafe for human consumption.

It should be noted that homemade beef jerky does not keep as long as commercially packaged jerky. This is because commercial jerky is made through a very rigorous and government-regulated process that does a superior job of preserving beef. Homemade jerky, by contrast, is usually made in a warm oven or a small household food dehydrator. These methods are perfectly suitable for producing edible jerky, but the resulting product will only be good for up to 2 months.

Is There a Way to Extend the Life of Your Beef Jerky?

There are quite a few ways to help your beef jerky keep longer. All of these methods will result in increased shelf life, but you should always remember to apply the “smell test” to all your jerky before eating. Food poisoning is so nasty that you really shouldn’t take the chance.

One thing that you can do is to store your beef jerky in the freezer. Between the frozen environment and the lack of moisture, it will be virtually impossible for bacteria and other contaminants to invade your meat and speed its rotting process. The only issue here is lack of freezer space, but those with a separate deep freeze can potentially store large amounts of beef jerky for several years.

Another good method is to use desiccants (drying agents) as a way to keep all moisture away from your jerky. You have probably noticed that most beef jerky comes with a bag of silica gel. If you’ve ever wondered what that bag is for, it’s meant to absorb any moisture that might have been trapped in the bag when it was sealed. You can take this concept up a notch by making small bags of rice from very thin cloth. You can pack these bags around your jerky to ensure dry conditions at all times.

If you are making homemade beef jerky, you can maximize its shelf life by carefully cutting out all the fat before drying. When meat goes bad, fat is always the first part to go rotten. When it does, the rot can spread and ruin the entire batch. The less fat you have, the less likely your jerky is to rot before its time.

Droplets in the Bag Are Bad News

If you look into a sealed bag of beef jerky and see little droplets of water inside the package, throw it in the trash. When properly dried, beef jerky should never sweat out moisture; mostly because there should be almost no moisture to sweat.

Droplets in the bag are a sure indicator that this jerky was not dried out properly. As you probably know, it isn’t safe to leave raw meat outside the refrigerator for even a few hours. Now consider that this jerky has probably been in that bag for weeks or months. Once again, throw the jerky in the trash if you see this problem.

If you see this problem in fresh homemade jerky, on the other hand, there is no need to waste the whole batch. As long as you catch the problem quickly, you can just put the meat back into the dehydrator and let it finish this time. You can use these water droplets as a measuring method so that you can refine your drying process. 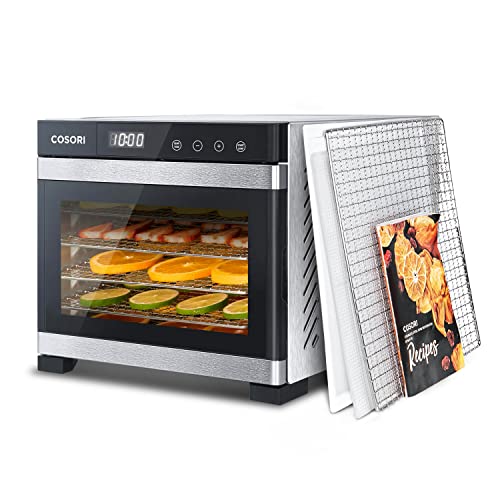 Because the Best Jerky Doesn't Come from a Store

Click here to join our FREE Beef Jerky Hub Facebook Group where we connect lovers of jerky with those who make it.

As you might have guessed, it is not terribly difficult to tell when beef jerky has gone bad. Rotten meat is one of the most disgusting things in the world, and even the least fussy of eaters will probably gag if they get a mouthful.

That being said, there are always those borderline cases where jerky has gone bad, but only just barely. The good news is that I have not been able to find a single instance of a person dying as a result of eating spoiled beef jerky, which suggests that it is a particularly safe food. Just remember to keep your eyes open and your nose at the ready, and you should be fine.

In the following video, you can observe from a store’s shelf what moldy beef jerky looks like.