If you have an electric smoker (see here what we think is the best electric smoker) at home and have been considering making your own homemade beef jerky, you are in luck. Jerky made in these smokers is among the tastiest and easiest to make from all of the possible methods.

Before you begin, you should understand how a smoker can be used to make pristine jerky, unlike anything you’ve ever tasted before.

The principle of jerky making is simple: dry out the meat so that it does not spoil. The flavoring options are bountiful and have somewhat morphed into an art all its own. However, making jerky requires low heat over a long period.

Therefore, you need to limit how much smoke is produced by your machine. When you let too much smoke inside, all of the meat’s flavor will be lost, and you’ll be left with a hunk of dried nothing.

The benefits to this cooking method also mean that you won’t have to check on your beef strips all day long nor refill the water and wood chips every 30 minutes. Easy, right? 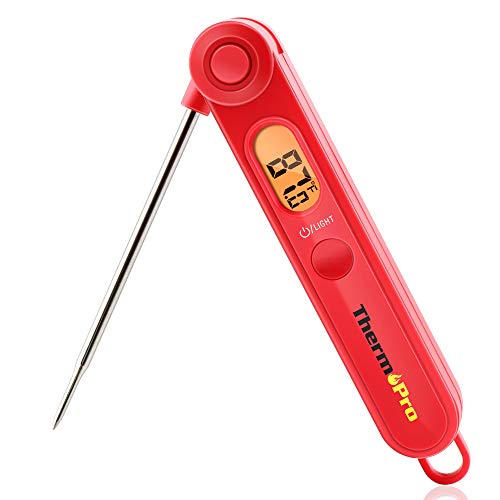 If you are ready to make your own jerky, just keep a few things in mind first.

The beef must be marinated properly before you start, the same as with the dehydration or oven methods. The marinade used below is a simple one, perfect for first-timers, but you can always spice it up with one of the different recipes found on this site.

You should line both the drip and water pans of your smoker with aluminum foil to make your cleanup easier.

The beef must be lean, cut thin (1/4 of an inch), and trimmed of all fat, as is standard in jerky recipes. As usual, you’ll want to place the beef in the freezer for 30 minutes to an hour before you slice it up for easier uniform between the strips.

This recipe uses a pound of London broil, but any similar cut can be substituted.

While your meat is getting cold in the freezer, you should mix your marinade.

For this recipe, combine ¾ cup of organic apple cider vinegar, 2 tablespoons of sea salt, brown sugar, and blackstrap molasses, 1 tablespoon of cracked black pepper, 1 teaspoon of garlic and onion powder into a large bowl. You can also mix in half a bottle of dark beer of your choosing.

Once your beef has been sliced, place the strips inside the bowl, making sure every strip is loaded with the flavorful goodness. Then cover the bowl and place the mixture inside the fridge for anywhere from four to eight hours, overnight, or 24 hours. If you don’t have a large, sealable bowl on hand, you can use a Ziploc bag for this as well.

After the beef has been fully marinated, you want to remove any extra marinade from them by patting each strip down with a paper towel. The dryer, the better.

Then, place the beef on the smoker’s racks, making sure there is breathing room between each strip for optimum circulation. If you used beer in your marinade, you could pour the remainder into the water pan along with water, so that the pan is full about halfway. After, place your hickory wood chips that have been soaked in water into the bottom tray.

Before you place the racks back into the smoker, make sure you turn the dial to 180˚F and set the timer for three and a half hours. Open the vent fully, to 100%, and then place the beef-filled racks inside the preheated smoker until the timer dings!

You may need to replenish the wood chips or water in their respective trays after about two hours, to check on it then. 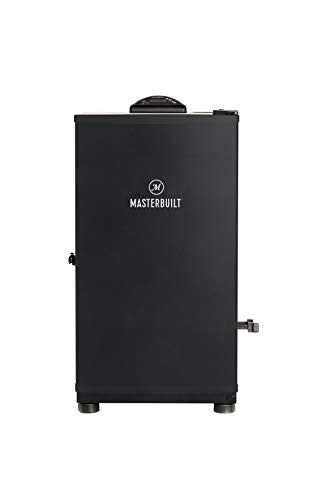 When your jerky is finished, let it cool off on the racks for another two hours.

Now, you are ready to ingest this flavorful treat made from one of the most flavor-inducing and easiest methods of homemade jerky making.

If you don’t eat everything at once (although this would be difficult), you can store the jerky in Ziploc bags, either refrigerated (for longer storage) or not.

Also, if you want to use more beef, then simply increase the other ingredients accordingly as well. For example, if you used two pounds of beef, then ¾ cup becomes 1.5 cup, etc.

Beef jerky is the result of cows staring at Chuck Norris too long.